Migrating your organisation's data infrastructure to the cloud can transform the way you manage your apps and servers. And although it can feel a little daunting, the benefits far outweigh the costly, unsustainable drawbacks of sticking with traditional data infrastructure systems.

As traffic spikes, so does your bandwidth, RAM and processing power (amongst other things). Finding a way to flexibly scale your hosting efficiency to your specific needs becomes a labyrinth littered with strained resources and unwanted self-hosted server dropouts.

Automation has changed our approach to data hosting in much the same way as it’s changed other aspects of the IT industry. No more calling out engineers. No more website downtime. Just adaptable hosting that’s available when you need it.

Here’s a quick recap of the differences between cloud vs on-premises hosting.

Cloud-based servers offer a flexible way to leverage Infrastructure as a Service (IaaS) by hosting applications off-site. This means organisations can reduce maintenance and energy costs, while still having the option to scale their resources when needed.

If your business ever experiences significant web traffic spikes, you’ll understand the need to quickly add resources to your server. Cloud computing offers just that – access to near-unlimited processing power at the drop of a hat.

Unlike cloud-based services, on-premises environments retain and deploy all resources completely within an enterprise's existing data infrastructure. This has been the traditional way – the status quo – of business operation for a while now.

But while on-premises hosting provides the illusion of security and control, this comes at a substantial cost. And if you’ve ever needed to add an on-site server to increase traffic capacity you’ve no doubt experienced that cost yourself.

And unfortunately, when the need for flexibility arises, the option of additional processing power doesn’t stack up financially to its cloud-based counterpart.

Traditionally, manual vertical scaling has been the backbone of data infrastructure and on-premises servers. Also known as scaling up or down, vertical scaling reduces the bottlenecks and dropouts caused by hardware limitations in certain areas, including:

In the past, upgrading these core server components was a slow, costly exercise. Thankfully, cloud vertical scaling has now changed this. However, it still carries the possibility of potential downtime – something you’ll want to avoid. 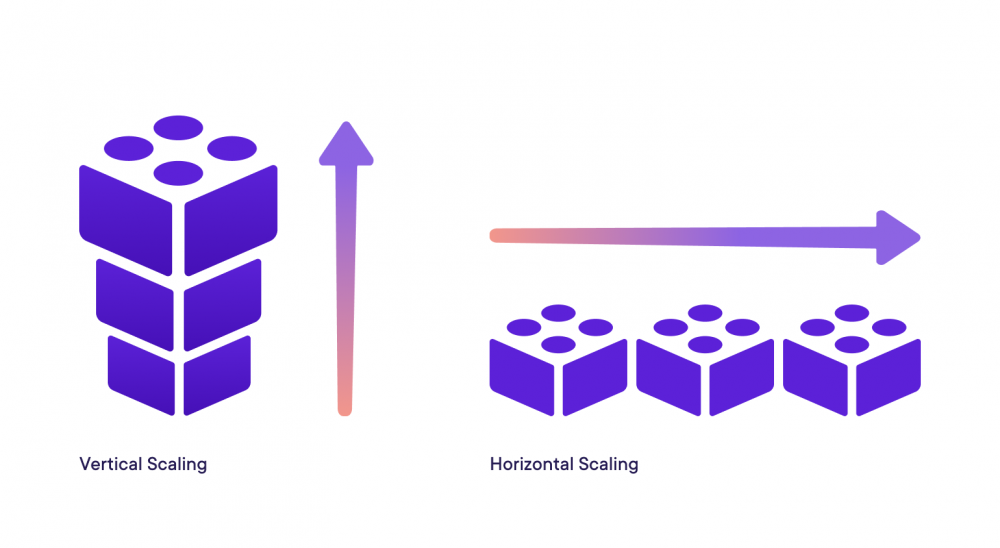 The solution to traffic growth is auto-scaling

Cloud-based horizontal scaling involves the automatic provisioning of additional servers to distribute the load, so that no one server is too heavily loaded. This is also referred to as scaling out or in where a traffic spike would normally cause reduced performance. Scaling out mitigates the strain via workload distribution across multiple servers. It’s almost instantaneous, and – by comparison – much more cost- and time-efficient than either on-premises or traditional vertical scaling. This benefit cannot be understated when hosting uptime is critical to the mission of servicing customers well.

Auto-scalable hosting in the real world

Auto-scaling has found its home in various industries. And in some areas, like online streaming, it’s become a key part of the entire business model’s success.

Consider the evening traffic spike in household streaming services use. This requires an astronomical amount of memory, processing power and bandwidth – but only for that short period of time.

Instead of purchasing and constantly maintaining that level of resources, streaming companies can choose to auto-scale horizontally. This means they pay only for the timeframe in which the spike occurred. And that’s exactly what District CMS does too – using the underlying hosting infrastructure to track and adjust to your demand as required.

As a result, you only use and pay for the resources you need.

Other benefits of switching to auto-scalable hosting include:

What about the risks and challenges?

While the benefits of auto-scalable hosting are impressive, some organisations have concerns about switching to it. Security and resourcing are the two most common we hear – but they may be less of an issue than you expect. Here’s why… 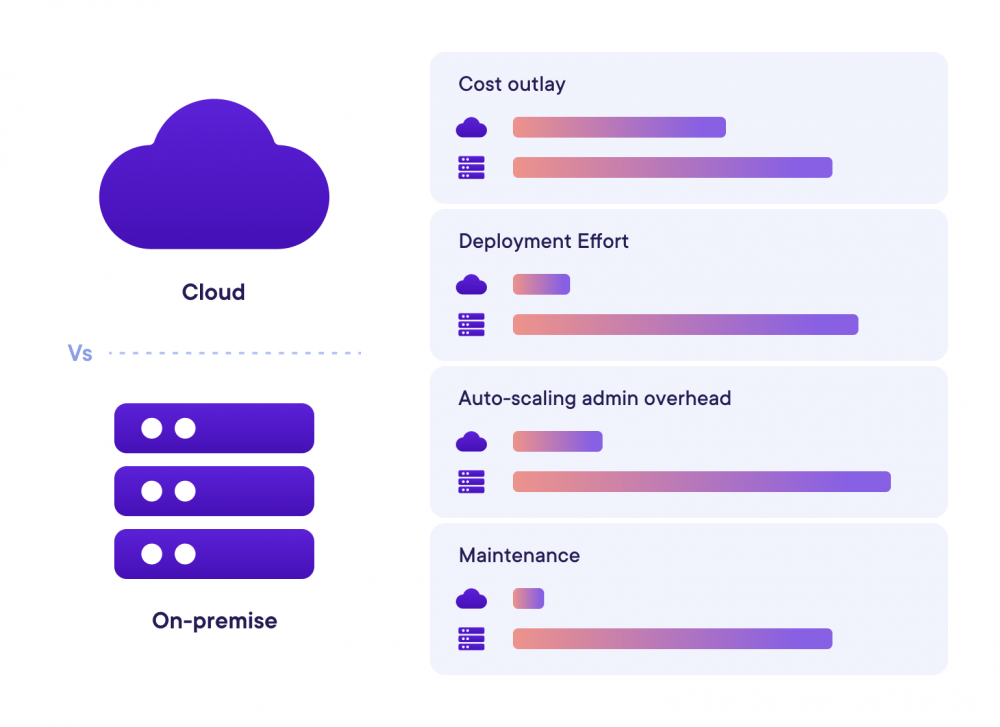 The fact that third-party providers manage cloud computing and data storage puts data security and integrity at the top of many organisations’ concerns list. It may even discourage them from moving away from on-premises storage, regardless of the benefits.

In reality, Tier 1 hosting infrastructure services such as Amazon Web Services (AWS) maintain all the data they host in separate containers within a single ecosystem. Then they protect that data with several layers of security, including encryption and firewalls.

As the infrastructure scales securely, data remains easily accessible for your organisation. In addition, data remains in the country of origin for most major economic regions, including Australia, the United States and Europe. Data sovereignty is protected as data does not leave jurisdictional borders.

Other organisations find the thought of initially shifting such a critical component of their infrastructure intimidating. And, more than that, the ability to dedicate enough resourcing to manage it going forward seems outright impossible.

It’s true that the initial shift to cloud-based hosting requires some resourcing (although with the right partner, you may find it requires less than you expected). Once that’s complete, though, ongoing maintenance and management is automatic. So cloud-based hosting actively frees up the resources (in terms of time and skills) that you’re currently spending on maintaining your on-premises infrastructure.

Imagine it: no diverted resources. No valuable time wasted. And – most importantly – your skills and expertise available to use where they’re most valuable.

And when you connect with the right digital partner, you can free up the capacity to focus on your organisation and achieve more. This is where District CMS can help.

Our full suite of open-source applications makes it easy to streamline government content management processes, actively engage with your stakeholders and build community within your organisation.

District CMS is hosted on Amazon Web Services, with Amazee.io’s Lagoon acting as an intermediary layer. These providers work together to help you build secure, scalable websites and applications via the world’s premier hosting and WebOps platforms.

How do we help you scale? Think of it in terms of festival patron management:

And partnering with District CMS gives you access to the most secure, comprehensive data solutions available.

Reach out to see how auto-scaling can work for you

There’s almost no downside to moving to auto-scaling hosting infrastructure. It helps you take control of your data, wisely use your resources, and focus on your actual business.

To learn how this could work for your organisation, get in touch with District CMS today.

Driving workflow and cost efficiencies for government organisations through the adoption of open-source websites and intranets. 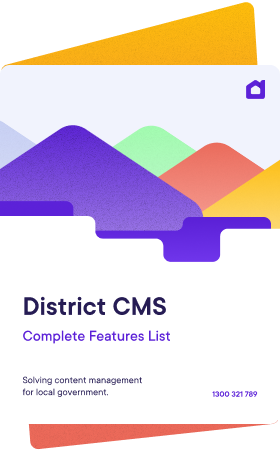 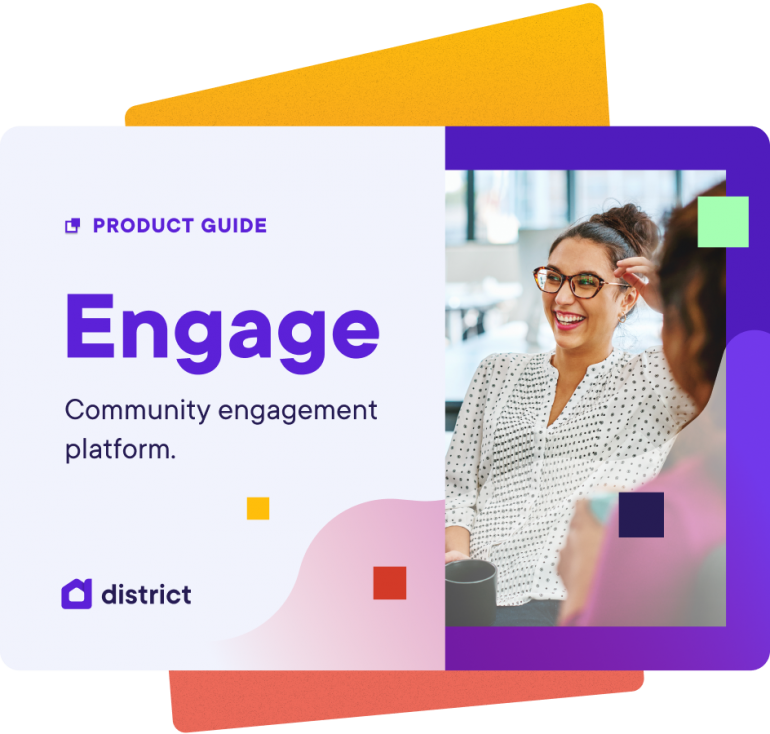